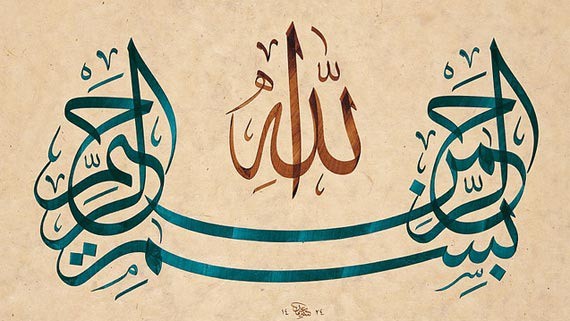 Throughout the history of Islam, attempts have been made periodically by individuals to feign prophethood and challenge Islam and Muslims. This occurred during the lifetime of the Prophet Muhammad (Peace Be Upon Him) and at selected points in Islamic history. Often, they seek to present Islam in a novel or reformative light. The controversy to confront previous Muslim eras finds its modern equivalence in the Qadiani movement.

The Qadiani movement emerged in Northern India in 1889 during British rule and is named after its founder, Mirza Ghulam Ahmad, who proclaimed himself a Prophet of God. [1]  The core belief of the Qadiani ideology, as stated on its official website, is that Mirza Ghulam Ahmad is a Messiah and Mahdi sent by God for the salvation of mankind [2]. Hence, despite their outward proclamation of Islam, Qadianis do not subscribe to the most basic tenet of Islam: a belief in one God and in the finality of the prophethood of His messenger, Muhammad (pbuh). Consequently, Muslims have uniformly rejected the beliefs of Qadianis, a position that has remained intact across the Islamic world over the last century, without exception.

To illustrate why, it is helpful to draw an analogy with the concept of Intellectual Property rights such as a trademark, patent or copyright, for they protect an individual or enterprise against theft of identity, image, brand or product. Such rights establish a clear distinction preventing one from plagiarising the work of another. In the event of an infringement, matters are commonly settled in a court of law to the detriment of the offender.

In a similar vein, the custodians of the Intellectual Property rights to Islam are common Muslims throughout the world who are naturally inclined to defend their faith, its beliefs and its values against misappropriation. Accordingly, there is an established legacy of legal rulings, parliamentary laws and depositions from various countries, courtrooms and forums that have all demonstrated Qadianis have no basis upon which to merit inclusion within Islam.

In 1974, the Muslim World League issued a damning indictment against Qadianis and declared them to be “a subversive movement against Islam and the Muslim world”. [3]

Simultaneously in 1974, the Pakistani parliament convened a special assembly to consider the position of Qadianis in relation to Islam. The outcome resulted in an amendment to the Constitution of Pakistan that declared a non-Muslim “any person who does not believe in the absolute and unqualified finality of the Prophethood of Muhammad (pbuh)”. [4] Qadianis, therefore, were denied the right to term themselves as Muslim and underlined that even in their homeland and the country with the largest Qadiani population, Qadianis have no legitimate foothold.

In 1983, Shaykh Gad Ul-Haq, the Grand Imam of Al-Azhar, one of the world’s oldest and most prestigious universities, decreed Qadianis outside the fold of Islam, concluding they had “contradicted many beliefs and tenets of Islamic Law, all of them well-established facts of Islam”. [5]

Such rulings are drawn following scrutiny of Mirza Ghulam Ahmad’s beliefs, his character and the texts he authored. In the absence of a legitimate claim to prophethood, such an exercise merely unveils a series of unsubstantiated claims, falsehoods and an enmity towards other faiths. Thus, giving credence to the charge of subversion commonly held against Qadianis.

Aside from declaring himself a Prophet, Mirza Ghulam Ahmad explicitly believed that prophethood did not end with Muhammad (pbuh). He claimed to have received divine revelation from God with over ten thousand verses being revealed to him and any rejection of this would render a Muslim an infidel. He added that Muslims were obliged to perform pilgrimage to the town of Qadian, saying it had the same status as the cities of Makkah and Madinah. Each of these claims are mentioned in books authored by Mirza Ghulam Ahmad, namely, Braheen-e-Ahmadiyya and Tableegh Risalaat. Further, his son and successor, Mirza Basheeruddin proceeded to lay a charge of apostasy against “all Muslims who have not sworn allegiance” to his father. [6] His enmity to Islam is laid bare in an edition of the Qadiani newspaper, Al-Fadhl, where Mirza Basheeruddin quotes his father as saying “we are opposed to Muslims in everything: God, the Prophet, the Qur’an, prayer, fasting, pilgrimage, zakat. In all of these things, we have basic differences with them”. [7]

Mirza Ghulam Ahmad’s ire was reserved not just for Islam but extended to Christianity. He attempted to supersede the Prophet Jesus with spurious claims of superiority over him. He issued a succession of vile tirades against Jesus, his mother, Mary, his ancestors and sought to undermine Jesus by smearing him with accusations of being an alcoholic, a liar, an imposter and an adulterer. [8] For good measure, he also attacked Mary, labelling her an unchaste woman who gave birth to children outside of wedlock.

Among his choicest insults was that “He (Jesus) had nothing to his credit except cunning and deceit. Jesus’s three paternal and maternal grandmothers were fornicators and prostitutes, from whose blood Jesus came into existence. This is why Jesus had an inclination for prostitutes perhaps due to his ancestral relationship with them”. [9] As referenced in the footnotes, these passages are extracted from Roohani Khazain, a series of texts authored by Mirza Ghulam Ahmad that are listed on the central Qadiani website.

Disturbing reading though it makes, it is an authentic portrayal of Mirza Ghulam Ahmad’s views and thereby underlines the duplicity of the Qadianis, for in contrast to the diatribe above, the contemporary Qadiani message is markedly different, preaching exclusively, a message of benevolence. The crude dialogue of their founder and his beliefs has been whitewashed and replaced with a refined veneer in order to conceal a true depiction of Mirza Ghulam Ahmad. The result aims to present a palatable version of the Qadiani ideology that enables Qadianis to market themselves as Muslims and thereby assimilate with Islam. These blurred lines make it difficult to distinguish Qadianis from Muslims, allowing the former to operate under the guise of Islam. Such obfuscatory tactics are the Qadiani modus operandi and reach their apex when they distort the verses of the Holy Quran in an attempt to justify their beliefs. Their entire history is founded upon deception with every claim of Mirza Ghulam Ahmad having been emphatically dismantled, not only by Islamic scholarship, but also by Christian theologians.

With Qadianis now vying for centre stage, they have become a voice for Muslims through their aggressive propaganda in the media, in politics and in the public arena. They routinely engage with government ministers, leading public figures and seek to direct public discourse on Islam. Buoyed by their success, they even launched an advertising campaign under the banner of True Islam that received national coverage.

The consequence is that Muslims now find themselves under pressure, being coerced into accepting Qadianis as part of Islam, underpinned by sentiments of tolerance and diversity. Muslims should resolutely withstand such pressure and confidently reassert their position. If Qadianis choose to accept Mirza Ghulam Ahmad as their Prophet, Muslims have no objection, for they can worship whomever they please. Yet, as the evidence overwhelmingly demonstrates, Qadianis cannot proclaim Mirza Ghulam Ahmad as a prophet of Islam when the iniquity of his character and the vulgarity of his message stand in opposition to its teachings. Upon this basis, the onus is on Muslims to expose the Qadiani fallacy and reclaim lost ground.

Lastly, in the Prophet Muhammed (pbuh), Muslims find the quintessence of their faith as well as the completion of a Prophetic lineage that culminates all the Abrahamic faiths. His life was the embodiment of grace and the pre-eminence of his virtues the supreme expression to which we aspire. These are the attributes that define prophethood, captured in timeless symphony by the great poet, Iqbal, who remarked in a couplet “Sure, you can deny God / But how do you deny Muhammad? (pbuh)”.